Volkswagen has announced that both Porsche and Audi will join Formula 1 in the coming years as the group looks for fresh ways to generate income.

VW chief executive Herbert Diess says the move, due in 2026, will bring in more than it costs with the teams set to attract big-money sponsorship deals from around the world.

The two premium brands are already among the most lucrative in the VW stable, with the group currently focusing on high-end models to maximise profits amidst the ongoing semiconductor shortage. 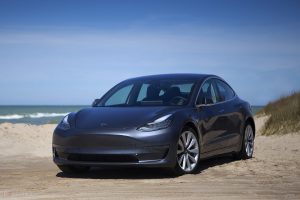 Tesla has been forced to recall more than 60,000 vehicles due to a software error affecting speedometers, official documents have shown.

The Elon Musk-fronted firm is recalling over 48,000 Model 3s in America close to 15,000 in China due to a technological issue while in ‘track mode’.

The glitch causes cars not to display a speedometer while drivers are travelling at high speed and affects units produced between 2018 and 2022.