Jaguar has a rich motorsport heritage and so when the time came during the 1980s to build a road car to celebrate this, it needed to be something special.

In fact, the concept was only approved to be shown publicly one week before its debut. The XJ220 concept was finished in the early hours of 18 October 1988, the very day the car was to be shown at the British International Motor Show in Birmingham.

The Jaguar XJ220 was named in a similar fashion to the legendary Jaguar XK120, the 220 in its name relates to the car’s intended top speed of 220mph.

When revealed to the public the Jaguar XJ220 immediately became the star attraction at the Birmingham motor show. Ferrari brought a bright red F40 to the party, but it looked like a dinosaur next to the sleek new Jaguar.

Jaguar had absolutely no intention of selling the XJ220, but when a number of enthusiasts presented blank cheques, attitudes changed.

The XJ220 was officially priced at £290,000 in 1989 with a deposit of £50,000 needed to secure one of the cars. Despite the high asking price, Jaguar found itself with over 1,000 people from all corners of the world expressing a serious interest in buying one.

Today the car is a cult classic. Retrospective road tests highlight that it is actually an incredible piece of engineering.

Eventually, the car found 275 buyers, producing an impressive 549bhp at 7,000rpm, and slightly shorter by some ten inches courtesy of the smaller dimensions of the V6 engine against the bulky V12, but still, with a not inconsiderable girth of six feet and six inches,

The XJ220 proved more than capable of reaching its target maximum speed. In 1992 at the Italian Nardo test track Formula One and sportscar ace, Martin Brundle, recorded 212.3mph around the banking in standard trim and 217.1mph with the catalytic converters disconnected, the latter speed equivalent to 223mph on a straight road. With 0-60mph acceleration in a brutal 3.5 seconds, the XJ220 was indisputably the fastest road car on the planet at that time.

This particular car has a great history file and has been maintained irrelevant of cost.

Finished in Black with Grey Full Leather, this stunning example is currently in a private collection and viewing is by appointment only. 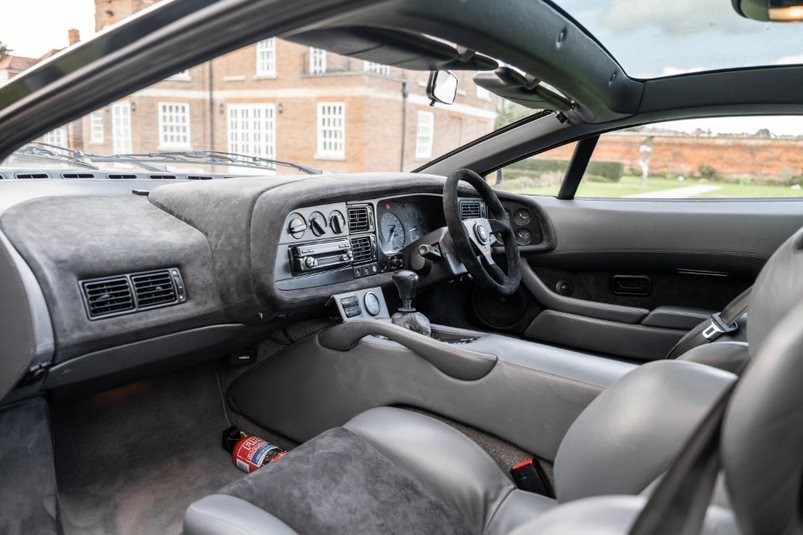 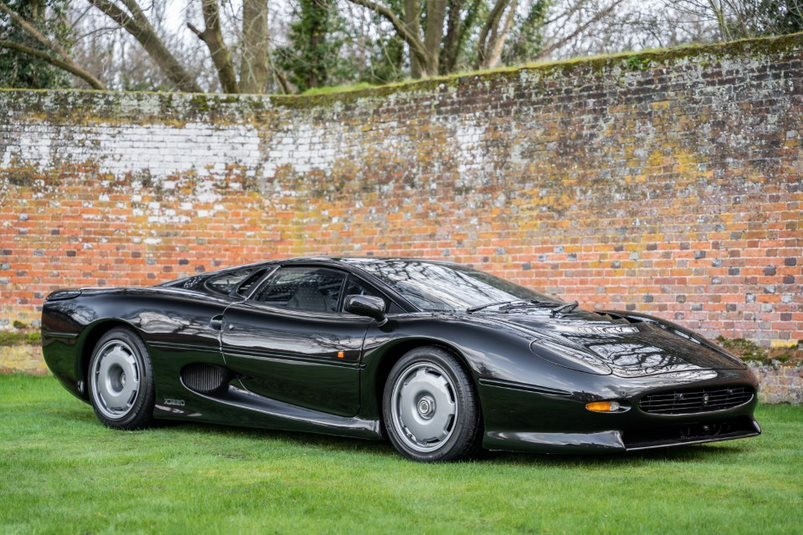